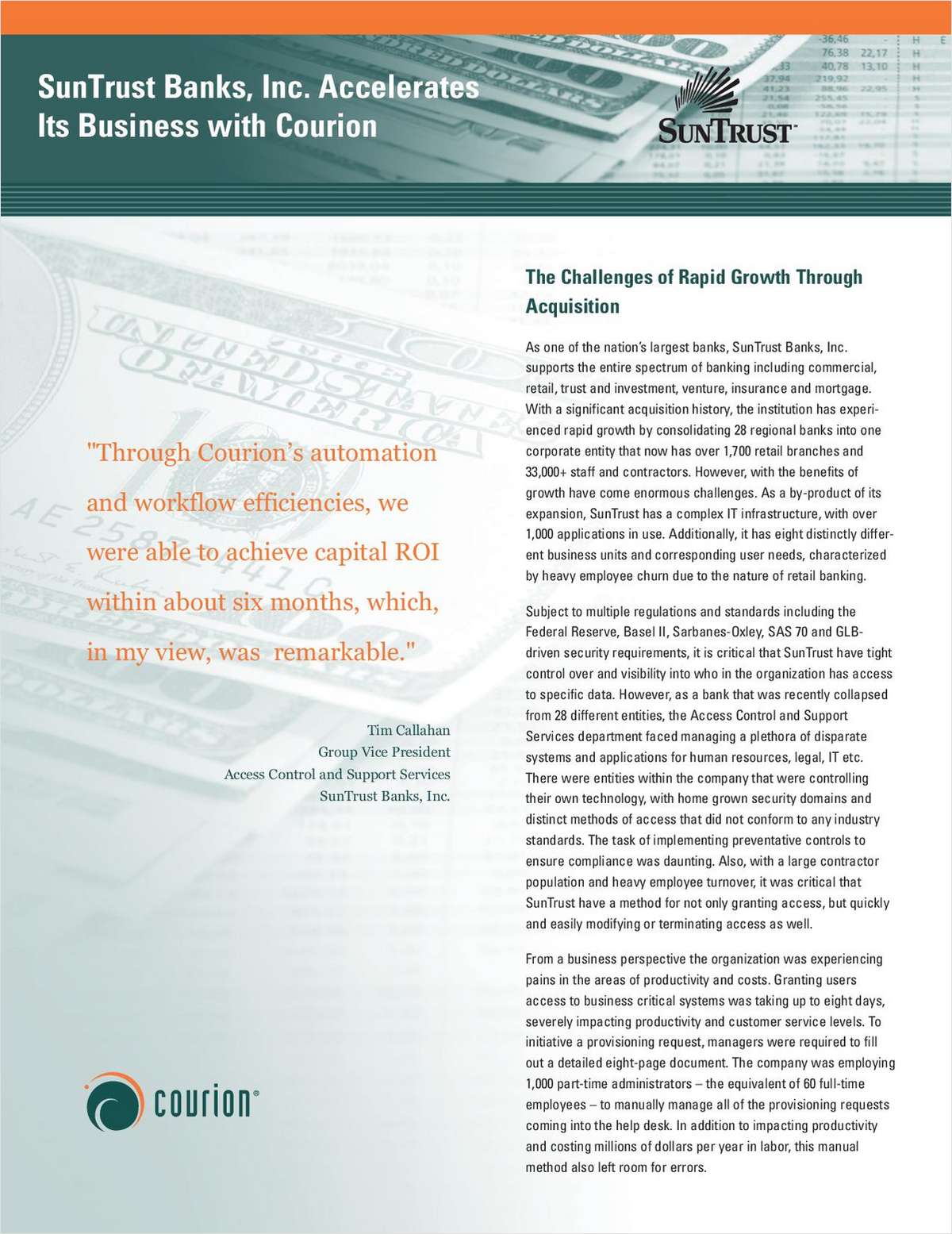 With a strategy to continue to grow through mergers and acquisitions, SunTrust Banks needed to ensure a rapid and painless process that would allow for efficient integration of large numbers of new employees. Though the company had conducted many successful mergers in the past, the conversions had often been a time consuming and painful process. Through Courion's automation and workflow efficiencies, SunTrust Banks:

Download Now View Details
The State of the Food Supply Chain: How the lessons and...