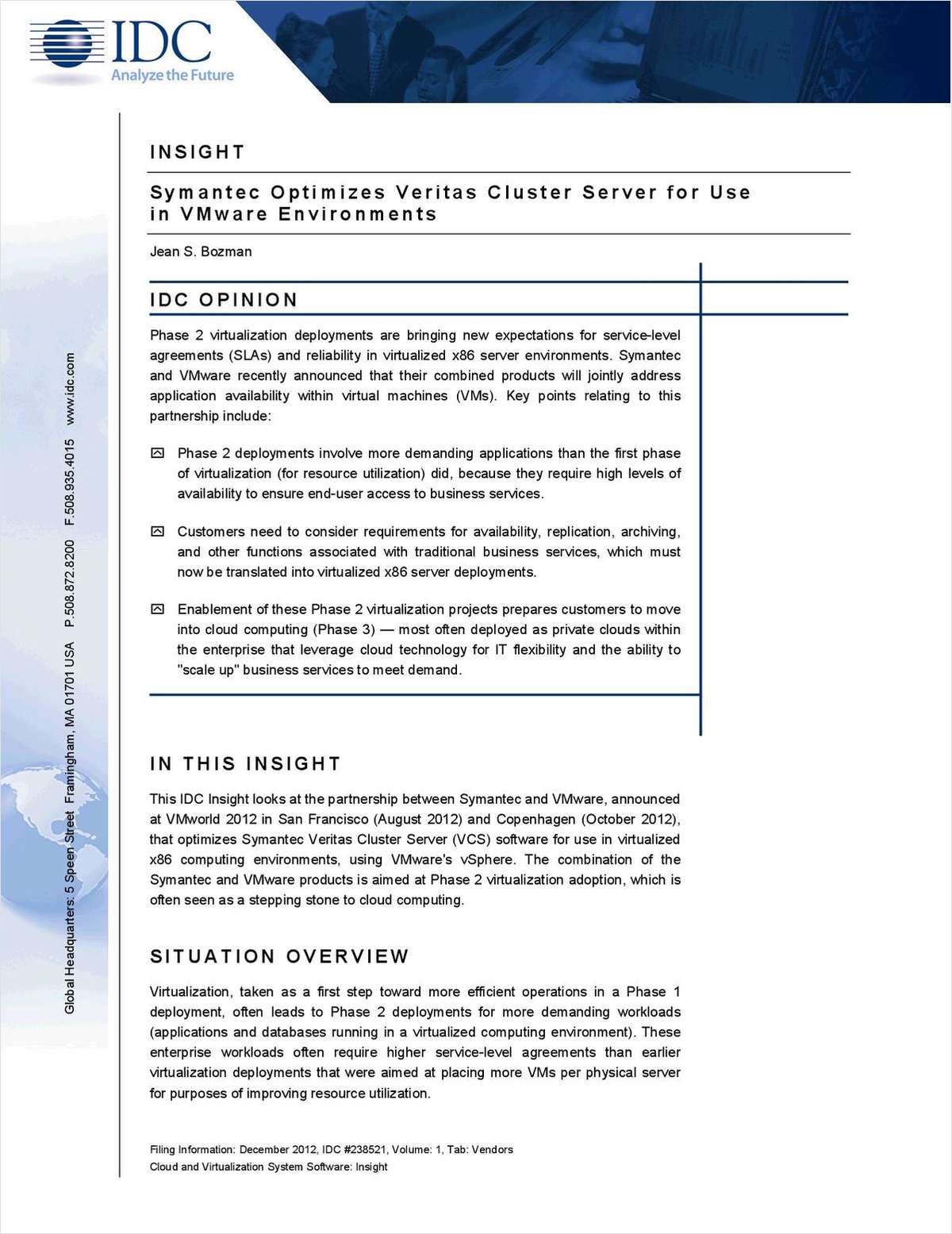 This IDC Insight looks at the partnership between Symantec and VMware, announced at VMworld 2012 in San Francisco (August 2012) and Copenhagen (October 2012), that optimizes Symantec Veritas Cluster Server (VCS) software for use in virtualized x86 computing environments, using VMware's vSphere. The combination of the Symantec and VMware products is aimed at Phase 2 virtualization adoption, which is often seen as a stepping stone to cloud computing.